Mirrors are not my friends.  But these days, they’re not my enemies either, anymore.  And I wouldn’t hate them nearly as much if I’d been braver in my youth.

When I was a teenager, I’d never even heard of the term “emo”, and goth kids were sort of weird and exotic, or… I don’t know.  They weren’t “normal”, certainly.  I guess what they were – well, what they still are, really – is brave.  It doesn’t matter what the reason is for trying a certain dress style or lifestyle.  The point is that you find your style.  And at 40 years old, I’ve only just begun to find mine.

I’ve wondered, sometimes, if the people around me assume that it’s some sort of midlife crisis.  The idea makes me snort because the truth is that I’ve never not been in some level of crisis, and while people who don’t know me well may look at the recent changes and think that there may be something wrong, it’s quite the opposite.

For too long, I worried about what society would think of the choices I made rather than what I liked, or what felt right to me.  And this goes for my clothing, my hair, my makeup, and most of the rest of my identity.  It was paramount that I do nothing to cheapen my family’s good name, even if it meant never exploring things I wanted to try.

When I was in high school, I dyed my hair.  It was a red that leaned toward purple, and when my mother suggested that I not dye my hair purple again, I took it to heart.  I shouldn’t have.  That was a time for me to explore myself, and to find what felt right.  But at the time, criticisms like my mother’s combined with the lies my mind has always whispered, and I accepted them as fact.  I absolutely should not dye my hair purple again.  Only natural colors are acceptable to use for people like me.  And from there came similar ideas about makeup, clothing.  By the time I went off to college for the first time, I had a very clear view in my head about exactly what was an acceptable look for someone like me.

The thing is, acceptable doesn’t mean right.  The style in my head was the wrong style for me, full of natural color palettes and no self-expression.  And so mirrors became my bane.  When I looked in a mirror, all I really saw was this stranger I was trying to be, instead of who I was inside.  On the outside, I was a perfectly acceptable girl next door: the sort of girl you probably wouldn’t look twice at because she tries to blend into the wallpaper.  On the inside, I was snarky and sarcastic, quiet but sharp, and as ready to cut you down as lend you a hand.

Let’s back up for a moment, though.  Two paragraphs up, I noted that I had “a very clear view in my head about exactly what was an acceptable look for someone like me.”  The inner me didn’t match the look, and to some people, that might’ve been a clear clue that the look was the wrong one.  Hampered as I was by the lies my mind whispers, I got it the wrong way ’round.  It was the inner me that didn’t match what was “acceptable” so it was the inner me that needed fixing.

Two decades ago, these thoughts crashed together, and my level of crisis hit maximum.  I got help, and things eased off, but they never went away, and mirrors became a thing to be avoided at all costs.  Pictures were allowed for family – grudgingly – because I love my family.  But I could not, and still cannot, abide those pictures.

Around 2013, I dyed my hair red.  I thought that what I wanted was to be bold, to be free, to be more than I actually am.  I see now that what I really wanted was to finally resolve the crisis that hit two decades ago, not by fixing the inner me, but by shifting my view of an acceptable look to one that would accommodate the person I actually am.  From red, I dared to add a streak of blue.

And then my glasses broke.  When I got new ones, I got something rather different.  Gone were the thin gold frames.  Gone were the colors that faded into my skintone so that it was just more wallpaper hiding.  And with the new, bold black-and-blue-swirl frames came a chance for me to dare to do something I’d only dreamt of until now.  I dyed my hair again, and this time I went full-blue, dark and vibrant.

And then came the makeup.  And now I’m starting to think about clothes, but not in the way I used to.  Oh, I’ll still rock my nerd-shirts and jeans, but I’m starting to want to maybe find something a little fancier, and a little bolder.

I’m finally starting to figure out that what needs fixing isn’t the inner me:  it’s the way I listen to society, and to the criticisms of others and my own mind.  I’m not who I want to be yet, but I’m on my way.

I will get there.

As I prepare for the official publication of this blog, it feels appropriate to address the first post to the title of the blog.  Of the comments I’ve gotten about it so far, the most common seems to ask more information about the title The Mind’s Lie.  And since it ties into a very key component of my struggles with depression, it’s a good place to start.

The Mind’s Lie is meant to be a bit of a play on words referencing the mind’s eye and the way perception changes one’s view of the world around them.  But additionally, it was appropriate for me because my brain lies to me all the time, and over the years, I’ve had to learn how to cope with such lies.  Initially, I thought everyone’s brain worked this way, but I’ve since learned that it’s not as common a situation as I once believed.

Most of the time, the lies undermine my self-esteem or any feelings of safety I might have.  When I talk about safety, I’m referring to the safety I feel in knowing others care about me enough to overlook faults I may have, rather than protection from physical danger.  Sometimes, when my brain’s being particularly devious, I can’t help but act on the thoughts that fill my head, even knowing that they’re lies.  Rational thought doesn’t always dismiss them.

A good example of a lie my mind has told me is the one that cropped up when I started dyeing my hair blue.  This new look (a radical change for me) left me feeling pretty uncertain about myself and what reception I would get from others.  I was, and still am, very pleased with my new look, and felt more confident in myself than I had in decades.  And yet, I found myself utterly convinced that if I surprised my father with the new look, he would turn completely away from me.

When I thought about that, it didn’t matter to me that I was forty.  What mattered was not losing one of the most important people in my life.  And while I knew, rationally, that my father was not the sort of person to turn away from anyone he loved, and that he was an extremely accepting man, the lies wouldn’t disappear.  I can recognize a lie, but I still have to find a way to address it before I can move past it.

With the lie about my hair, the way I addressed it was to call my father and give him a warning before he saw me.  I think the call hurt him a little before I sat him down to explain why I had to.  I got the impression that it left him feeling a little like I didn’t trust him to be the loving man he had always shown himself to be.  But it wasn’t that at all, which is why understanding what the lies are and sharing that I suffer from the deception is so important.

These lies are insidious.  They’re dangerous because they come from my own mind, and if I’m not careful to look at them objectively, they very quickly fit themselves to the shape of my thoughts so that I cannot separate them from more rational thoughts.  Even more, the lies only serve to undermine my confidence or self-worth.  It’s very easy to believe you’re worthless when it’s your own brain telling you that you are.  The key is to recognize that you have worth, regardless of the thoughts, and find a way to anchor to that knowledge.

My way of coping with my mind’s lies is not a quick fix.  It’s a slow process, and doesn’t always fully work.  But being able to explain to others what goes on in my own head, and the effects it has on me is important.  Trying to explain what was going on, and what my thought processes were, gave me the tools to start recognizing the lies so that I could counter them.

If you suffer from lies of the mind, I highly recommend trying to learn how to explain them to others.  If there’s no one in your life that will listen, then keep a journal so that you can try to explain it to yourself.  It’s not a solution, but it will give you tools to use to fight it.

And in the meantime, welcome to The Mind’s Lie. 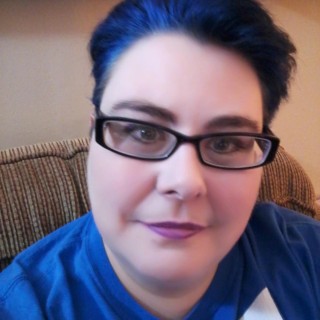 40+ | cancer survivor | double depressive | demi-ro ace | writer | poet | word-nerd | fangirl | 'shipper | Whovian | Browncoat | Sherlockian | Trekkie and so much more than any of this...